Hosting the largest refugee population in the world (approx. 4 million people), today, there are 1.7 million young refugees in Turkey aged between 15 and 30. According to Syrians Barometer, more than 55% of young refugees do not want to return to their home country as they would like to have their education and jobs in Turkey. The study shows that one of the main reasons for this is that they identify Turkey as their home country instead of Syria. These show how vital it is to ensure young refugees’ integration, social cohesion and access to services in Turkey.

On the International Youth Day, United Nations highlights that young people are on the frontlines of the struggle to build a better future for all. Despite 10 years of national and international efforts, young refugees still face several obstacles which adversely impact their daily lives and future life prospects including barriers to rights and services. According to research, especially women and girls are adversely affected by high risks of unmet need for family planning, gender-based violence (GBV) and child, early and forced marriage (CEFM).

According to the data from the Directorate General for Migration Management of Turkey, among refugees living in Turkey, almost 70% are women and children under 18 years old. In addition, women of reproductive age constitute 25% of the Syrian population. This group is also under increased risk of unintended and risky pregnancies, unsafe deliveries and abortions, and sexually transmitted infections (STIs). High fertility rate (5.3) and unmet family planning needs (21%) among Syrian women make sexual and reproductive health (SRH) more prominent for them.

On the other hand, UNFPA’s research highlights that GBV, including domestic violence, sexual violence and harassment, and child marriages, continues to pervade the lives of women, particularly adolescent girls. Another UNFPA publication on Syrian adolescent girls also states that health complications of GBV and CEFM such as depression and early pregnancy cause lost opportunities in education and personal development.

Social, cultural and economic adaptation issues are also factors which affect young refugees’ lives considerably. According to the 3RP Social Inclusion Plan (2019-2020), the main elements of tension between host and refugee communities are the perception of cultural differences, competition for jobs, security concerns, lack of interaction between them, misperceptions and misinformation concerning the services available, and pressure on services and assistance and their distribution.

COVID-19 outbreak has increased the existing needs and concerns of young refugees. The pandemic measures such as lockdowns, have increased the need for home-based internet connection and also decreased young refugees’ ability to access services. Besides, as physical school education has moved to online, young refugees who have no internet access, have faced problems in accessing education too.

UNFPA Turkey supports young refugees with four Youth Centers in Ankara, Diyarbakır, Hatay and İzmir in scope of the “Supporting Young Refugees’ Well-being and Social Cohesion Project” implemented in collaboration with Youth Approaches in Health Association with the financial support of Government of Japan.

Youth Centers provide not only sexual and reproductive health (SRH), gender-based violence (GBV) and psychosocial support (PSS) services to young refugees but also contribute to their self-development and empowerment through various workshops, awareness raising and social cohesion activities such as language courses, vocational, cultural, artistic and physical trainings which are vital for young refugees to live healthy, safe and better lives, empower themselves and integrate into the host community. As a response to the hardships brought by the COVID-19 pandemic, remote and face-to-face support services and response mechanisms are also provided in scope of the project. 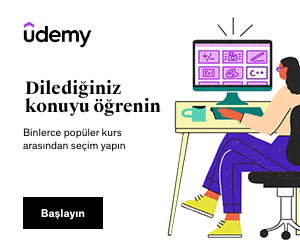